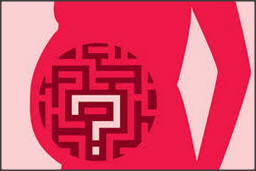 A study coordinated by Cancer Research UK scientists and published in The Lancet1 has shown that pregnancies that end in miscarriage or abortion do not increase a woman's risk of developing breast cancer later in life.
Building your own professional website is as easy as 1.2.3

An international collaboration, led by a team in Oxford, re-analysed original information from 53 epidemiological studies from 16 countries, including previously unpublished data.
The research included 44,000 breast cancer patients who took part in studies where any history of abortion had been recorded before their cancer was diagnosed.
The researchers compared the chances of developing breast cancer in women with and without any record of having had an abortion. This comparison gives the 'relative risk', where a value of 1.0 or less means no adverse effect on the risk of developing breast cancer. The relative risk of breast cancer for women who have had a miscarriage is 0.98. For women who have had an induced abortion the relative risk of breast cancer is 0.93.
See how your name and birth date affects your life course
Professor Valerie Beral, Director of the Cancer Research UK's Epidemiology Unit at the University of Oxford, says: "This review of the worldwide evidence has shown that pregnancies that end in an abortion do not increase a woman's chances of developing breast cancer later in life."
The group also reviewed data on a further 39,000 breast cancer patients who took part in a less reliable type of study. In these other studies women were questioned after their diagnosis of breast cancer about whether they had ever had an abortion. Their replies were then compared with those from women who did not have breast cancer.
But, it is possible that women with breast cancer would be more likely than other women to report any induced abortions that they have actually had.
For this reason such studies could, and on average did, produce misleading results that were not compatible with the other, more reliable studies.


Professor Sir Richard Peto, of Oxford University, says: "Studies can give misleading results if women are asked about previous induced abortions only after they are diagnosed with breast cancer. This may be because, on average, women with breast cancer are more likely than other women to disclose any prior abortions."
Professor Sir Richard Doll, also of the University of Oxford, says: "Some previous reviews on abortion and breast cancer have reached mistaken conclusions because they mixed together data from reliable and unreliable types of study.
"This is the first time that so much information has been brought together and the findings are more reliable than ever before."
ENDS
Posted by Medastrana at 1:07 PM